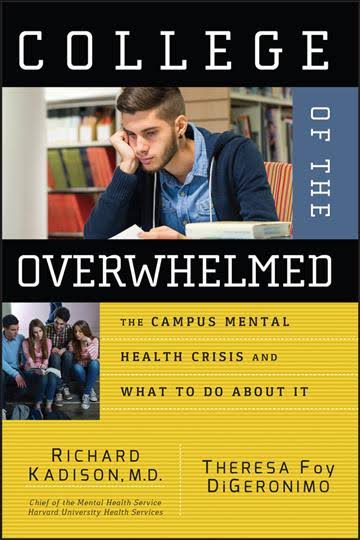 Campus Calm: Why are college campuses seeing a rise in the number of students with mental health issues?

Kadison: There are lots of reasons we’re seeing a rise in the number of students and I think one of the chapters in my book [College of the Overwhelmed] really focuses on this. We’re seeing more students who get diagnosed with serious problems in high school and they’re functioning well enough to get to college. That’s one group. I think there is the millennial group of students with what are described as helicopter parents who hover over them, and basically make decisions for them. You know the old metaphor about teaching people to fish instead of getting them fish. I think there’s a lot of handing out of fish that goes on in high school.

Kids are also being shuttled from one activity to another, kind of building their college resume and not having much down time and not really feeling passionate about things. Parents play a role and also students, from going from one activity to another in high school, way overextending themselves, signing up for a million extracurriculars, and then they get to college and the work is much more demanding and requires much more focus. They’re not well organized to manage so that’s a factor.

Campus Calm: How big of a part does the lack of sleep, eating right and exercising play in students being stressed out?

Kadison: The lack of sleep, I think, is a huge issue. College students are sleeping an average of 6 1/2 hours each night and they definitely experience symptoms of sleep deprivation, which screws up their immune systems, impairs their academic functioning and makes them more susceptible to depression and bipolar disorder.

The sort of “freshman 15” myth as they call it now, of people grazing the cafeteria – either they’re not eating well or they are around students who are obsessed with what they’re eating and looking at all the calorie charts on the foods. That’s not so helpful.

Exercise is another huge issue. There’s good evidence for milder forms of depression, four days of 30 minutes of cardiovascular exercise works as well as antidepressant medication. A lot of students get busy, stop exercising, get more depressed, have more difficulty getting their work done, then start stressing out and have more difficulty sleeping. They get into this vicious cycle.

Campus Calm: How much of a part does perfectionism play in the lives of stressed out students? How does Harvard’s counseling center deal with academic perfectionism amongst students? 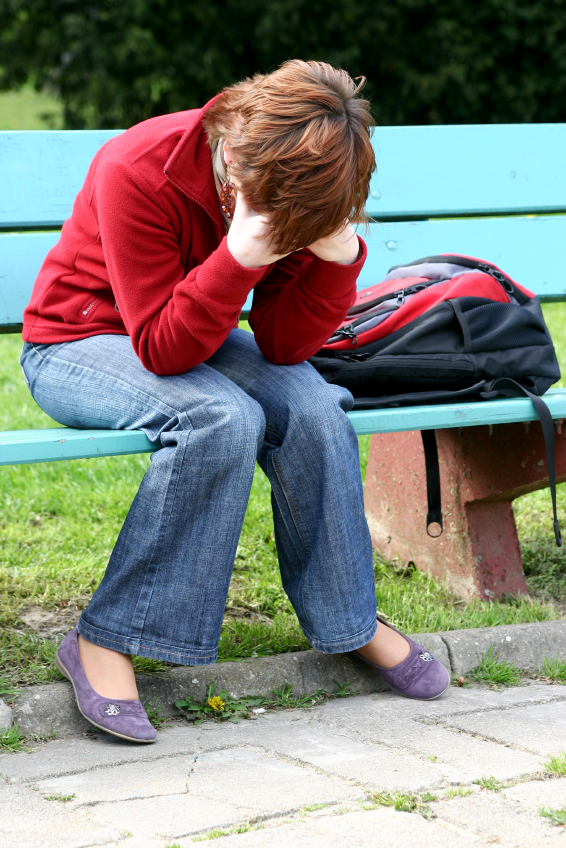 Kadison: That’s certainly a big issue here and I would say, most elite schools. I talked to the directors of the other ivies. There are two major thrusts. I would say one is trying to create some balance in students’ lives. They need to take care of themselves. Working all the time is not the best way to live. Having conversations with them about excellence versus perfection and working hard and trying to focus.

But no one test, no one course, no one situation is going to make or break your life. Lives take twists and turns that none of us expect.

What you really need to do is learn how to be resilient, number one. Number two: learn some techniques and skills to manage stress because what you have in college isn’t going to change once you get out into the real world. Having the tools is going to help you in most places.

Campus Calm: In your experience, do young women seek help more than young men? Why or why not?

Kadison: In terms of more women seeking care, I think probably that’s because women are more tuned into their emotions. There’s less stigma. I don’t think the numbers are different; it’s just that men aren’t always wise enough to come in to talk to some one about it.

Campus Calm: How do you work to help students find meaningful ways to base their identities beyond grades & awards?

Kadison: That’s exactly the challenge. It’s people figuring out whom they are, that we all have faults, that we all make mistakes and we all do things we wish we hadn’t done. The key is really to get to know yourself, figure out how to accept yourself and do the best that you can.

Getting students outwardly focused, again in balance, so that they’re engaged in their community. Whether that community is their church, some team that they’re on – there’s lots of growing evidence that the more students are doing something to help their community, working with high school kids, volunteering somewhere – those students have much more satisfactory experiences in college than students who are completely self-focused.It’s creating an environment where that’s really encouraged and rewarded.

Campus Calm: Do you think that our current academic culture allows kids to learn how to make mistakes and fail safely?

Kadison: Well, I think part of the process is really the education of the whole community. It’s not just the students. We try to do outreach activities and provide consultations to faculty, staff and residential staff. The reality is though, if the culture in the lab is that the professor is in the lab until 3 a.m., and expects everyone else to be there until 3 a.m., that’s not a healthy message for students.

I think mental health advocacy groups are a good idea because students listen to other students more than other professional adults. Having advocacy groups so students can hear that getting depressed in college is nothing to be ashamed of and it’s very treatable if you come and talk to someone about it.

Kadison: As far as students seeing grades as stepping-stones, I think that’s true. There’s some reality in there and it’s also a problem. I think to some degree this is up to the admissions folks, that leading a balanced life and being engaged in your community is just as important as being successful academically. Doing other things that you feel passionate about.

Campus Calm: Is an Ivy League education the best way to go?

Kadison: I think that students can get a great education at any school. There’s students who come here to Harvard and don’t get a great education because it’s a bad fit for them. Being around other bright people who are totally focused on their academics doesn’t help them learn how to create any kind of balance in their lives. That leads to a disappointment.

Campus Calm: Would you agree that while college certainly does not cause mental health problems it is a fertile ground for developing them?

Kadison: It is, and the suicide rates in college are about half the age matched suicide rates outside of college. I think that college is stressful. The schools are reluctant to lead when the students are making choices about college. They don’t want to say, “We have a great mental health service.” I think you should say that but I think colleges feel that that would scare people away.

Some parents will call me and say, “My son or daughter has been admitted. She’s on medication or she’s been in treatment and we want to make arrangements for some care for her when she gets to college.” I’m delighted to get those phone calls. It means that the family is on the ball. Problems in high school do not disappear in college. If you don’t address them while in college they go with you the rest of your life. We need to find interesting ways to teach people healthy coping skills while in high school.