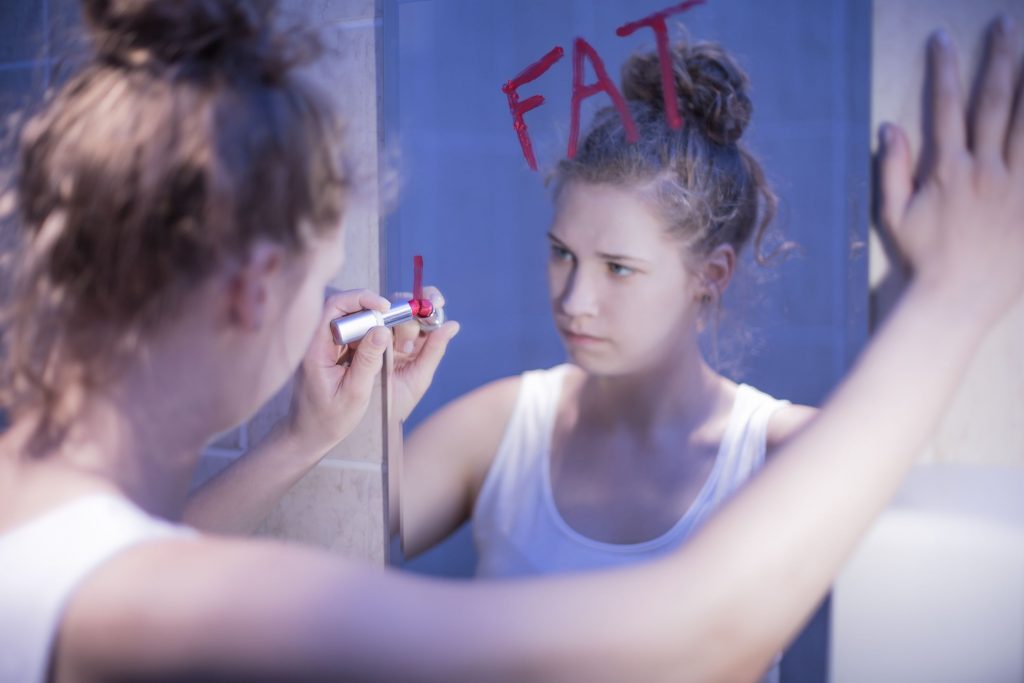 Campus Calm had the opportunity to speak with Courtney E. Martin about perfectionism, body image and the countless number of college women and young females who suffer from eating disorders today. Martin is the author of the Perfect Girls, Starving Daughters: How the Quest for Perfection is Harming Young Women.

Maria: Give us an overview of who the Perfect Girls and the Starving Daughters are and what they represent?

Courtney: The perfect girl is that part of most women I know that, there’s never enough. There’s never enough success, they’re never thin enough, never enough attention. There’s this hungry need for perfectionism in all facets of our lives. The upside to that is that we’re very achievement oriented. We’ve taken the feminist legacy that we’ve inherited and done some pretty incredible things with it.

Maria: You wrote that, “We are a generation of young women who were told we could do anything and instead heard that we had to be everything.” What does feeling like you have to be everything personally mean for you?

Courtney: Perfection was a self-imposed thing for me. Some parents push their kids very hard. My parents didn’t. But, they were both very high achieving. My mom in particular was doing nine million things, kind of the center of her community and really brilliant. I watched her and that inspired me, which is the positive part of it. But it also gave me this anxiety about wanting to be everything to all people. I wanted to be athletic but also be smart, and of course, be pretty and talk to the quarterback of the football team. So it became this self-imposed idea about having it all.

This also comes from privilege. It’s certainly a class issue as well. I was raised by parents who took me to art classes and paid for me to go to summer camp. I was constantly being exposed to all these amazing things in life and I was told that I was very special, like so many kids in our generation were. The great thing was that I was given so many amazing opportunities, but it also created this seed of anxiety that flourished with college admissions. So many teens think they have to do everything because if their college resume isn’t perfect, then “I won’t go to school and my whole life will be over.” It just creates such anxiety.

Maria: Where’s the line between wanting excellence and craving perfection?

Courtney: That’s the question. For me, it’s something that you constantly have to negotiate. Part of it might be knowing when to give up a certain standard of excellence. Trying to be excellent in the things you enjoy while letting go of being excellent at everything is a pretty healthy thing.

Maria: You wrote that, “Many women have normalized food and fitness obsessions and collectively accept that it is just part of being a woman to count calories or feel guilty after every ice cream cone.” Do we first have to recognize that herein lies part of the problem before we can begin to change anything?

Courtney: I think women need to be really honest with themselves. If you’re not happy with your relationship with food or fitness, then that is a problem. You don’t have to be hospitalized or have some severe eating disorder. If you don’t feel like you can make choices and feel happy about them, that’s a real problem. Even just coming to terms with your own body image could change the whole world if enough women did this.

Maria: Can you talk about why food and fitness obsessions are so rampant on college campuses?

Courtney: First of all, women outnumber men on college campuses by two million and growing every year. We’re the majority of people on campuses and we’re also the majority of people with eating disorders. Especially when I was coming of age, college was people’s first experience with dieting, getting obsessed with fitness or eating in weird ways. It’s the first time you’re on your own and it’s a difficult transition. You’re possibly in a new place and possibly homesick, or you have a terrible roommate. All of that comes together and creates a really dangerous moment for a lot of women. I knew girls who had eating disorders in high school but it wasn’t really until college that I was totally surrounded by it.

Maria: Did your school address the issue?

Courtney: There was certainly an awareness. There was an eating disorder support group but I didn’t know anyone who went to it. I think campuses try but I don’t think there’s much that a health center can do. I think it’s more about transforming the peer culture as opposed to it coming from the health center.

Maria: What are the implications of the epidemic of eating disorders in our culture?

Courtney: It’s something that’s passed from generation to generation. So many of us have watched mothers who either unconsciously had eating orders or had diagnosed eating disorders or just really hated their bodies.

Then there are all these economic implications. It could cost up to $35,000 a month to go to an in-patient eating disorder clinic. Health insurance companies don’t cover them once you’re what they deem a healthy body mass index. So we have parents going into debt trying to help their daughters. Not to mention the $30 billion dollar a year diet industry and the $26 billion dollar cosmetic surgery industry.

Then we have these very frightening physical implications. A lot of infertility is actually a direct result of eating disorders, which a lot of people don’t know. On a global scale, the more we’re obsessing over these things the less we’re directing our energies into enjoying life and changing the world. Who knows what loss we’ve suffered just based on the amount of energy, time and passion that we’ve diverted into this ridiculous focus on body.

Maria: In what ways is this connected to the obesity epidemic?

Courtney: I think they’re really flip sides of the same coin. I think it’s all about Americans not being capable of channeling this middle path of eating when we’re hungry and stopping when we’re full. Eating whole foods, moving in ways that make us feel happy. We’re kind of a bulimic culture. We’re binging and eating all these fake, artificial, very sweetened foods. On the other end, we’re totally punishing ourselves and depriving ourselves the joy of food.

Maria: At the end of the day if you say, “I was good today because I ate this and I didn’t eat that,” it seems so screwed up.

Courtney: Yeah, it’s totally terrible. We should be going to bed and saying, “How present was I today? How kind was I? How many people did I really openly talk to or listen to?”

Maria: And these are bright, ambitious young women.

Courtney: With great values. That’s another thing. It’s not like we’re all jerks. If you ask these women if they value kindness or thinness more in others, they’ll say, “Kindness of course.” But they can’t give that gift to themselves.

Maria: You wrote, “In this culture of women’s bodies plastered on billboards, popping up on computer screens, selling every imaginable product, we all learn the lesson that beauty is the most universal symbol of success.” How do both young women and young men reject what we have been conditioned to believe is the ultimate model for success?

Courtney: I think it’s just a daily battle of interrogating that message. It takes a lot of perseverance to just constantly be reiterating your own worldview as opposed to the rest of the world. I think we should each define what is beautiful. I love this exercise of just being on a subway train and looking at everyone and seeing what beautiful creatures they are. There’s so much beauty in the world and it’s not about the perfect, thin, size one, platinum blond woman. The more you can surround yourself with people who feel that way and talk that way, the better.

Maria: As a young woman wrestles over whether or not to slip into a bathing suit this summer and join her friends at the beach, would advice would you have to offer?

Courtney: I say try if you can to move that cynical voice into a more self-loving voice. So even if you’re not feeling fabulous, say something like, “Alright, this kind of sucks. I don’t feel great but I also know that I’m a beautiful person and I don’t want to miss out on experiences because I’m having a bad body day. It’ll be better tomorrow; I just need to ride this wave.” It’s really just letting go a little bit and not trying to force yourself into feeling perfect about your body because that turns into its own part of perfectionism. It’s just accepting yourself where you are and not letting that self-critical stuff keep you from enjoying your life.