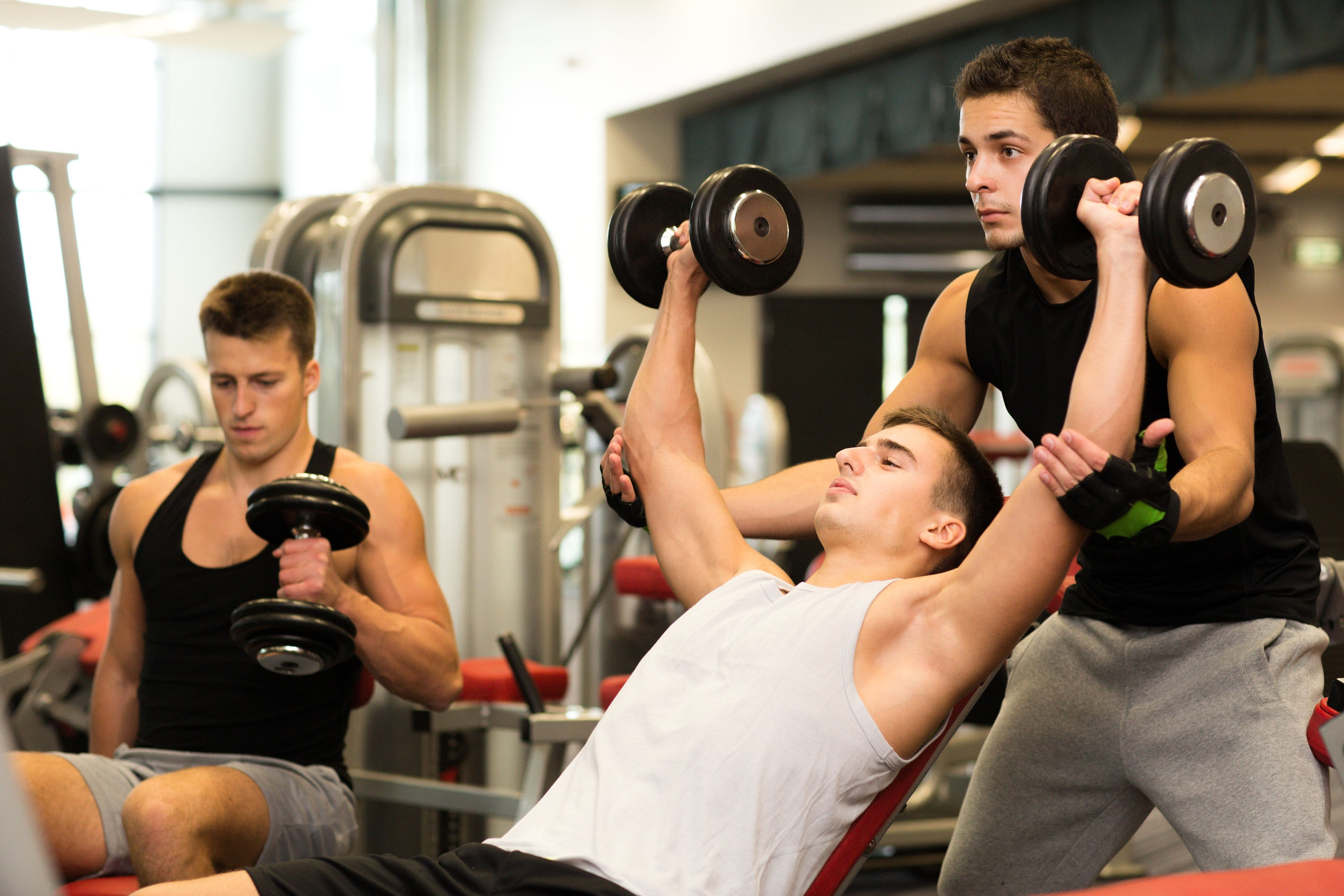 As if frantic male college students don’t have enough to worry about in March and April. Let’s see, there are labs, papers, exams, group presentations and Hello! Need I even mention the dreaded words … senior thesis?

So on top of all the academic and life commitments that far too many college students habitually sacrifice sleep for, now they’re also worried about chiseling their bodies into a state of perfection so they can feel comfortable enough to bare it all on the beach come spring break and summer vacation.

Guys, before you say to yourselves, “Body image, that’s just stuff girls obsess over,” and leave this page, why don’t you stick around for a moment to see how some of your buddies weigh in…

“Honestly, I think body image anxiety is just as bad for the guys,” says Duane, a 20-year old junior attending SUNY Fredonia college with a dual major in accounting and marketing. “We stress about it. We just don’t talk about it as much.

This college athlete who runs track confides that he sees guys in the campus gym every day come March, all attempting to gain that coveted beach body. “They’re working their arms because that’s what people look at when you’re out,” says Duane, “your arms and your abs and you put on your bathing suit. You want to look good for everyone else.”

When asked if he ever gets mad about America’s quest for physical perfection and the tough standards placed on both young men and young women to look flawless, he responds, “Yeah, if you’re at a beach, and you have this great six-pack and huge biceps, and you’re a fairly attractive guy, girls are going to approach you. If you’re the same guy without the biceps and the six-pack, you won’t get approached. There’s a lot of shallowness out there and guys realize it too.”

According to a 2008 survey conducted by The Center for Student Health and Life (CSHAL), nearly a third of 505 college students polled across 31 colleges and universities nationwide reported that they were doing either “poor” or “very poor” in terms of exercise.

Make no mistake: regular exercise is healthy. Lifting weights and building a strong, stable core is smart. Eating whole, nutritious foods, cutting out the processed “Frankenfood”, and maintaining a body weight realistic for your frame are wise goals as well, not to mention the fact that nutrition and exercise are excellent tools to help us manage stress.

But allowing your number on a scale to determine your self worth is definitely not cool.

And working out to the point of obsession and counting every single calorie that you put into your body is a recipe for the kind of stress no college student needs. 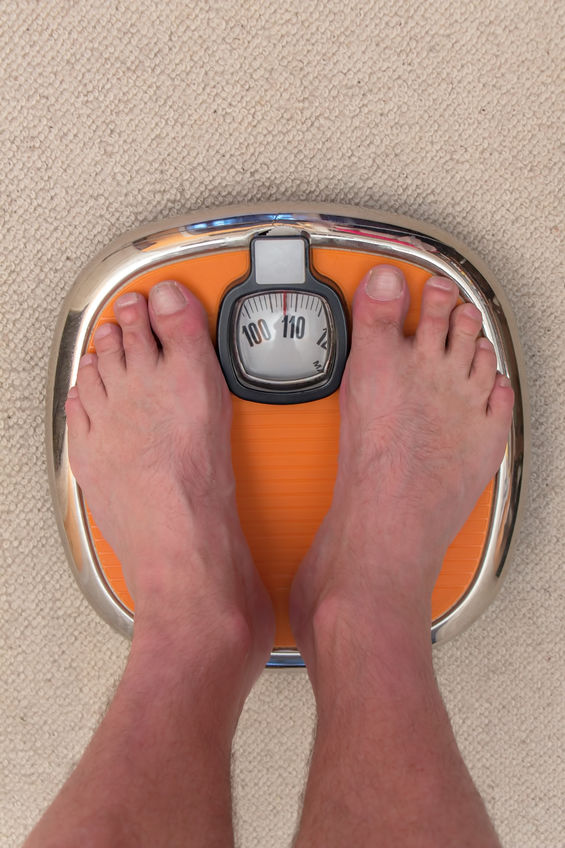 “I’ve struggled with weight and body image issues since I was twelve,” says Frankie, a 21-year-old senior who is currently majoring in education at a college in New York State. He says that his entire family deals with destructive body image patterns, the difference being that they’re women. “It’s very weird for them to see the trend continue with me,” says Frankie, who reports believing that he has body dysmorphia. “I look in the mirror and I see something that’s completely different from what’s really there.”

“Guys turn on the TV and see Mark Walberg and Chad Michael Murray,” says Frankie. “We are just as affected as the girls are by perfect images, the standard of how we should look.”

If women wrestle with body image, it could be argued that they are actually more fortunate than guys because there is a greater established support system. “There’s not a whole lot out there to support men,” says Frankie. “Every diet website out there is for women. Every diet book is basically for women. Those that are directed at men don’t tell us to eat healthier, it’s ‘Gain Muscle.’ How about, ‘Hey Men: Want to be Healthy?'”

Andrew, 23, a recent college graduate who majored in film while attending a college in New York State also wrestled with body image all through college. Despite losing 60 pounds his freshmen year, he says, “I find it to be difficult, if not impossible, to be fully satisfied with my body image.”

In order to lose weight, he put himself on what he calls a “hardcore” diet and exercise regimen. He counted calories, restricted himself to three meals per day with absolutely no snacking and he ran daily for exercise. Five years later, he’s still adjusting to his new body. “My diet is now far from strict,” says Andrew, “but I would be lying if I said I don’t think about how each piece of food I eat will affect my body and my mind (both negatively) while I’m eating it.”

Colleges that do not have adequate funds allotted to health services may wonder how they can address body image in male college students on their campuses. Even if a college does have a solid budget and a fully functioning health center, it won’t do any good if a student won’t take the first step in getting help.

“I do believe that a college campus has a responsibility to promote a healthy campus culture, which includes body image or body diversity education,” says Eileen Niland, director and counselor at Canisius College in Buffalo, New York. This may include campus wide “Love Your Body” programs led by student groups and the counseling center.

When asked if there were any peer groups on his campus that deal with body image issues, Duane responds, “Yeah, I think so, but I never go to them.”

That’s why Duane suggests that colleges begin offering at least one mandatory health and nutrition class as part of the core curriculum. “Teach us proper ways to diet and proper ways to take care of our bodies,” he says. “Tell us that not eating for five days to fit into a pair of jeans isn’t exactly a healthy diet, and then teach us why. Talk to us about certain diets that don’t work even though we may believe that they do.”

“Students need to know that putting the cheeseburger down might be a good idea from time to time, but don’t replace that burger with a carrot stick and that’s it,” says Frankie.

“Making any issue a mandated part of core curriculum is a political challenge,” says Niland. “There are so many critical issues that we want our students to learn about.” She suggests that some of these issues can be addressed through a freshmen seminar program. The counseling center at Canisius also conducts programs like an annual campus-wide “Day Without Mirrors” where they cover mirrors on campus and post self affirming messages on them.

“Campuses need an ongoing, comprehensive, health education program that meets the students where they are at,” she adds.

What do you think about body image in male college students?