Wendy’s World: Be Confident and Speak

The other day, I read an interesting article by Maura Kelly that discussed how “a 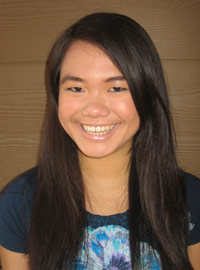 mere 20%” of women write op-ed articles compared to men.  Although I wasn’t aware of this information, I wasn’t surprised.

I can’t speak for all of society, but through my experiences, I have found that those with less privilege, particularly minorities, tend to doubt themselves more frequently than their more privileged counterparts.  As Kelly explains, a large contributor to this phenomenon is that “[c]lose to 80% or more of the participants in public conversation are white men of a particular social strata who went to the same schools.”  Thus, when these individuals command the mainstream media and set the agenda, challenging what is considered the norm can be intimidating, especially if your social standing already doesn’t match up with the majority of the current voices.

Through my recent interest in the study of power, I’ve realized that power isn’t top down as I had always assumed.  All individuals contribute to the balance of power within society.  Not only can those at the top impose their power upon others, but less privileged individuals may act in a manner that confirms and accepts who wields this power.  We oftentimes see this in politics where men are the predominate voices (women hold only 17% of public office seats in the U.S.) and make decisions for both men and women.  By not running for office, women allow men to have this space and the power to make decisions on their behalf.  We see this occurrence in Kelly’s article as well.  By remaining silent and allowing men to dominate the public discourse, women concede the power of their voice to men and legitimize men’s authority in the media.

Women need to be able to represent themselves and have a voice in the discussion and decision making process—they need to have power in these spaces.  Saying that women need to state their opinions more frequently or run for public office is much easier said than done though; however, if men and women work together side-by-side, equality can be reached.  Women must step up and expose themselves to challenges and criticism while men must encourage women to do so and provide support.  Regardless of occupation or background, all men and women ought to try.