Mondays with Meg: Always in a Rush 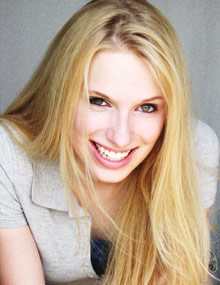 With only two weeks of classes left (two weeks!?), I’ve been in a constant rush to get things done. My procrastination has finally caught up with me. Thus, I’ll be living in the library for the next 15 days trying to write, research, read and study my brains out. I’m rushing to get so many things done: homework, hanging out with my friends, trying to soak up the last few weeks of college (which is finally kicking in for me). I can’t let these next two weeks rush by!

On Friday, I made a really stupid mistake because I was in a rush. I won’t go into detail, but this mistake was my fault–I was completely in the wrong and completely embarrassed. I was trying to get things done in a rush, not paying attention or taking my time. And what did that result in? Nothing but misery and wasting more time! It wasn’t worth trying to rush things. I just made a bigger mess for myself.

I left Ithaca for the weekend to spend time with my fiance, Ray, who studies at a college about 2 hours away. Still shaken up from this mistake of mine, I lashed out. I was in a terrible mood, berating myself, and not allowing myself to have fun with Ray. There was a concert in town (any O.A.R. fans out there? They were great live!). We had tickets to see them and I let my mistake get the best of me. I felt like I needed to resolve it immediately and kept telling myself that I shouldn’t go enjoy the concert because I didn’t deserve it. After spending the first hour in misery, I finally loosened up. Ray kept my spirits up–he reassured me that everyone makes mistakes and I wasn’t a bad person just because I messed up. I deserved to have fun, too.

A wise person once told me (and I apologize for saying it again) that “we are human beings, not human doings.” Sometimes we need to simply “be” and stop “doing.” I was missing out  on a great moment–seeing one of my favorite bands perform live with Ray–because I was in such a rush to resolve things. Where did being in a rush get me in the first place?! Into a huge mess! So, I decided that I didn’t need to rush the resolution. I could allow myself to just enjoy and be in the moment.

I graduate in less than a month from Ithaca College. At the beginning of the semester, I was thrilled to graduate. I was ready to move on and start something new with my life. I was so focused on the future that I forgot about the present. And now, I’m kicking myself. Why didn’t I enjoy my senior year more? Why didn’t I take advantage of going out to Taco Bell at 2 am on a Tuesday morning with some friends? Why didn’t I sit around and chat with my roommate more often? I’ll never get a chance to have these moments again (at least with these friends of mine, in Ithaca, in 2012). I’m excited for the future, but I’m also afraid to let go of my life at Ithaca. I don’t want these next few days to rush by without me realizing it. I don’t want to miss the opportunity of living in the moment, when there are only so many moments left.

Are you graduating? Have you missed out on living in the moment because you were too concerned about the future? Share your thoughts with me below