Sleep Deprivation Effects: I’m Too Tired to Come Up With a Creative Title for This Blog Post

Friday’s my day to post to the blog and I must admit I’m experiencing some writer’s block. I surfed the Internet trying to come up with a topic that’s interesting, though nothing was inspiring my creative juices to flow. Cyberbullying on Facebook? I don’t have the energy. Media’s negative stereotypes of women? Yeah it stinks but I’ve got nothing on the topic today. Equal pay for equal work? …………………………………?

Which is weird because I usually wake up with more great ideas than I can count. Morning is my peak creativity time. I recently conceptualized and then scripted an entire keynote speech in my head at 8’oclock in the morning with my face nestled in my snowman clothed pillowcase. Man, that speech was brilliant! I had to jump out of bed and write it all down before I forgot it (tip for writers, always keep a journal and pen beside your bed if you don’t like getting up too quickly!). So why I am so lethargic and blocked for ideas and it’s 9:15 a.m.? (Yawn…) And then the realization of the simplicity of the answer hit me. “Duh!” (eyes rolling to the ceiling).

I’m experiencing writer’s block because I’m sleep deprived. Not totally, freakishly sleep deprived where your mother would gasp and order you back to bed if she were standing next to you, but sleep deprived none the less. I totaled about six hours last night, and my body needs about eight (nine if I’m being totally honest) in order to lead, not only the most happy and productive day, but also a day filled with creativity. Realistically, how could I expect my mind to serve me at its full capacity when I didn’t give it the rest that it needs? I even use my ultrasonic humidifier with essential oils to help me sleep better. The truth is, I can’t. And neither can you. Why was this happening? Well, that I’m not quite sure of. Best guess, it’s several factors. I can’t do much about what’s causing my stress; I’m going to have to graduate, I can’t just throw it all out the window, and once I do the next step in my life will stress me even more and the stakes will be even higher. I think one thing might my mattress. It’s a hand me down. It’s old, it’s used, and I feel the base below it more and more. I’m going to look for the most comfortable bed I can afford and just go for it. I’ll let you guys know if that works later on. I’m hopeful, in the meantime.

According to the American College Health Association’s Spring 2011 National College Health Assessment, sleep difficulties is the biggest life issue college students report affects their studies, second only to stress. A large percentage of students also reported feeling “tired, dragged out and sleepy during the day.” The National Sleep Foundation reports that adults need an average of seven to nine hours of sleep per night, yet nearly 30% of adults reported an average of ≤6 hours of sleep per night. In another study, 49.2 million sleep-deprived adults reported experiencing difficulty concentrating on things. What’s interesting about that is………………………..what was I about to say?…………………oh yeah, I remember………………..nope, lost it again.

What about you? Ever try to write a paper for school, and all you can manage to do is write your name on the top of the blank Word doc with it ferocious white nothingness staring back at you? Ever been singled out at a work meeting for drooling on your boss’s oversized mahogany desk? Ever try to give a speech for a room full of investors, stock holders, angry parents, or bored pubescent middle-schoolers if you’re sleep deprived? (the middle-schoolers is the scariest thought by far btw). Ever try to do anything well if you’re sleep deprived?

One blogger likened sleep deprivation to being drunk, while another draws attention to the research that sleeplessness can sometimes spur creativity. I must admit that I do feel a bit creative as a I write this right now, but it also took me more than an hour to write a blog post and that’s a big time zapper that I could have avoided if I was well rested. It’s much easier to get into the creative zone when I’m not tired!

My take: Listen to your body. It lets you know how much sleep it needs. If you average six hours of sleep and you’re happy, productive and bursting with creative energy, good for you. But if you’re like me and six hours leaves you less than chipper, you owe it to yourself to get the rest you need. Now one’s perfect every day of course, what counts is that we do our best on as many days as we can to take care of ourselves. I would argue that sleep deprivation is one of the biggest barriers to creative, effective leadership in the 21st century.Fortunately one of my friends suggest me to use Sleepify sleep calculator, it worked for him more than once in the past… Imagine all the innovative ideas we would come up with to change the world if we weren’t waiting red-eyed in line at Starbucks…

Maybe next week, I’ll have the mental energy required to tackle equal pay!

Can you relate? Leave me comments!

Ever after in faith of ourselves,
Maria 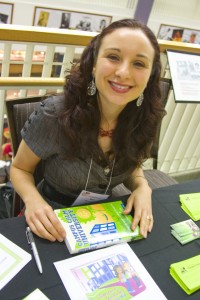