Deep in the Heart of Texas

Most residents of the Dallas Metroplex would be hesitant to refer to our metropolitan area as “deep in the heart of Texas.” However, a recent trip to Chicago after a long stint sans travel reminded me of a few lessons I’ve picked up since I started calling Dallas my home. After my first human encounter at Chicago’s Midway airport, I thought to myself “we’re not in Kansas, er… Texas anymore! I’m not sure I agree that “God Blessed Texas”, but I hope you can glean a little something from our interesting state.

Be friendly to everyone you meet
I had a stark reminder that I had landed in new territory every time I smiled at a stranger at the airport. Most of them looked at me like I was crazy as opposed to returning the smile like my fellow Dallasites would do (that is unless we were on the freeway in which case all bets are off). However, in spite of my frustration with the lack of legitimate coffee establishments at the airport (seriously, what airport doesn’t have a Starbucks in every terminal!), I flashed my warmest smile at a woman working an espresso machine at a Hot Dog Stand and complimented her blue nail polish. She was all sunshine and roses after that – and even gave me a free banana (the only healthy item I consumed all weekend).

Always look good, no matter what
This is probably a lesson we learned from Mary Kay herself, whose headquarters is nestled in the heart of the Dallas Metroplex. I actually read a book right before leaving Jersey called the Yankee Chick’s Survival Guide to Texas by Sophie Dembling. There was a chapter entitled, “I am woman, hear me jangle.” It is no joke, Dallas women always look good (with the exception of transplants like myself who will leave the house in – gasp – sweatpants and no makeup!), whether they weigh 100 or 300 pounds or if their clothes were purchased from Neiman Marcus (another Dallas-based landmark) or K-Mart. A former boss used to say, “at least if I look good” I’ll start by making a positive first impression. I think it’s true – if you look good, you often feel good too.

Keep it Positive
You may recall that I grew up in the kind of household where we competed for sympathy points by sharing our respective dramas of the moment. I took this skill with me to New York where it was well received, but early in my move to Texas I learned that Dallasites don’t like a “Negative Nancy”. At first it annoyed me. Why does everyone always put on a happy face in this town and act like nothing is the matter? Then I realized that most of the stuff we complain about is totally outside our control. Several times during my weekend in Chicago (which seriously cut into my exam study time) I caught myself moving toward a negative and stressed out place, and either removed myself from the situation to calm down or just turned the negativity down. Who had I become? My own mother wouldn’t recognize this positive side of me!

Final Thoughts
Consider using the next few weeks to spring clean and give yourself an attitude check. If you are a student, try to come back to campus a little friendlier, better groomed, and more positive. Channel your inner Texan, at least as it relates to the aforementioned lessons. I am still trying to understand the rest of what makes this crazy state tick! 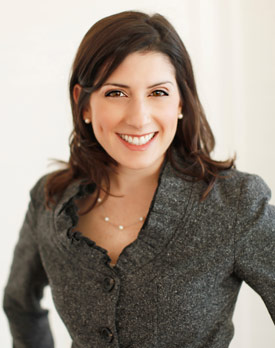